Olympia is thrilled to announce that it will operate the Historic Boone Tavern Hotel & Restaurant of Berea College, in Berea, KY.

The Historic Boone Tavern Hotel & Restaurant was built on the old Dixie Highway (U.S. Route 25) and opened in 1909 in the center of town. Named after the early Kentucky explorer, Daniel Boone, it was designed by architect J. C. Cady in the Colonial Revival style. The venerable property is a member of the Historic Hotels of America and listed on the National Register of Historic Places. 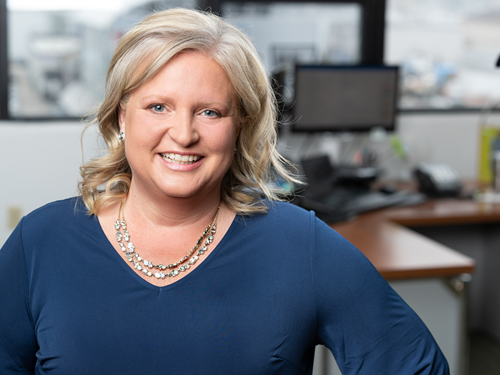 Chris attended the University of Massachusetts, earning her B.A. in Hotel Management in 1992. Directly after graduation her career started as a Sales Manager for a convention hotel in Park City UT.

Within a year, she moved back to the east coast where she started her career with Erin Companies, now Olympia Hotel Management where she was the Director of Sales for two properties in Bangor, ME.

Family moved her back home to Buffalo, NY where she spent 3 years as a General Manager of a 78 room independent hotel. From that role, she spent the next 3 years as a HR Director of an Adam’s Mark property.

With Maine in her heart, she and her husband choose to raise their family in the Portland area and she rejoined the Olympia team as the Director of Sales for the Hilton Garden Inn Portland Downtown Waterfront.

On the coat tails of winning the 2008 Hilton Garden Inn Director of Sales, she was promoted to her current position as SR. DOS.

At Olympia, Chris supports, coaches and mentors each Sales Manager to ensure that each person has the tools, plans and strategies in place to be successful in their own market.